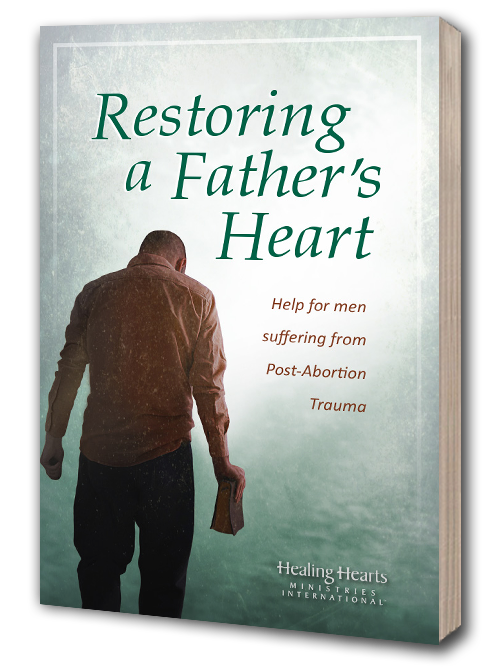 It is a difficult and heated subject, but abortion is real. Millions of people make the decision to have an abortion each year, and in most cases it is a choice that ultimately rests in the hands of the women who are unexpectedly pregnant. The issue of men’s emotional responses to abortion can be lost by all of the dialogues about it, and because it is something physically done to a woman.

Does this mean that men do not have any reactions or responses to it? In the fascinating book “Restoring a Father’s Heart: Help for Men Suffering from Post-Abortion Trauma” (formerly “Wounded Warrior”), author Sue Liljenberg points out a number of startling truths about men, abortion and the trauma that follows.

“Something very basic is violated in a man when his baby is aborted. While women were designed to give life to their children, men were designated to protect their young. Abortion thwarts this instinct. The feelings men deal with are often similar to those felt by women who have had abortions: guilt, grief, regret, anger, and so on,” says Liljenberg.

Going on to explain that men’s feelings in the aftermath of abortion can be equally as intense, reminding reader’s that they were more than simply men who made a woman pregnant…they were fathers.

What this proves is that any man whose partner has had an abortion – whether the couple has discussed it and reached some sort of consensus on it, or whether it was done without any discussion at all – will require a way of addressing his traumatic feelings.

Just like women, men who are experiencing post-abortion trauma may feel it immediately, or it can take months or years to emerge. Also like women, men may hesitate to discuss the issue out of fear of being judged or even ridiculed. However, according to one expert, Prof. Arthur Shostak, “Men suffer a lot more than they’re given credit for. Counseling for men, to give them a chance to express bottled-up feelings, is very important.”

How is that to be done? The best and most effective answer is in a support group. Men coming together to address the pain and trauma of abortion will be able to work through the issues. However, it cannot just be a gathering in which men only discuss the pain. There has to be the work done to get past the pain and to begin healing.

This is often where many support groups fail, but there is a unique model that has been enjoying tremendous success. The Healing Hearts post-abortion support groups for men focus on scriptures as the path to healing. The group bases its approach on years of success, stating:

“After years of searching, we came to realize that abortion is sin and must be dealt with at the cross of Christ. Human measures may bring temporary relief, but they cannot deal with sin. Sin must be confessed and repented of, and the principles of forgiveness must be applied. Peace and healing following an abortion are possible, but they come only from Jesus Christ.”

Men joining this sort of support group will look at the entire story of their abortion. They will consider their current emotional conditions, how the abortion is affecting them in all areas of their lives, and then begin learning how to heal through the scriptures.

Examining the truth, the real truths and not the justifications or rationalizations that are false comforts, will begin to set men with post-abortion trauma free.

Just because a man does not give birth does not mean his feelings about an abortion are unimportant or invalid. This alone can lead some men to feel powerless and abandoned. With the right support group and the right materials, the harmful feelings can be overcome and true peace can be regained. If you want to learn about an effective post-abortion trauma support group for men, visit the Healing Hearts website