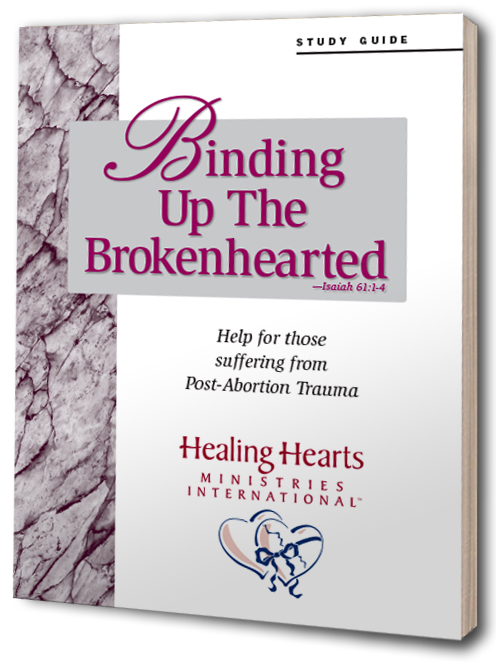 Are you aware that there is something known as post-abortion trauma? It is what happen to both men and women when all of the rationalizing, justifications, and excuses fade away and the truth of abortion sets in. It can happen immediately after an abortion, but it can also take years to fully develop.

What is it? It is different for everyone, but the symptoms tend to include feelings of depression, anger, guilt, remorse, and a desire to withdraw from society. Other unusual behaviors may appear, including self-destructive or self-harming behaviors. People going through post-abortion trauma may have persistent nightmares, flashback to the time when they were going through abortion, and experience profound grief.

This can happen months or even years after abortion, and yet no one really discusses how to overcome it. Is that because you cannot recover from abortion? In the book “Binding up the Broken Hearted” the author quotes a woman who experienced post-abortion trauma. The woman said this:

“For the first six years after my abortion I could have taken a pro-choice sign and marched with it, if I was a more vocal, public person…finally I became aware of what abortion as a ‘procedure’ does to both people. I saw the studies on fetal development and reality set in. At first I was angry at not being told, I couldn’t figure why I had to ask to be informed…So now, seven years later…I know my life will go on, but I will never be able to forget that I selfishly murdered my own child.”

Obviously, this sounds like someone who will struggle for the rest of her life with her abortion. However, if you look at the last sentence, you can see where she is holding herself back from recovery. She says that she will never be able to forget her selfishness. The important thing to note is that it is not her job to forget or forgive herself. That is only something that can come from the Lord.

As one participant in a study using the guide said:

“The biggest thing that the Lord put on my heart during this study is that He IS sufficient. When I condemn myself for past sins that I have already repented of, I am not fully acknowledging His power over sin or the sacrifice He made for me. It’s like me saying to Him, ‘You aren’t enough’. Seeing my self-condemnation through His eyes hurts my heart, for I do believe that He IS enough, that His love for me IS immense and that His sacrifice was more than enough to cover my sins. Therefore, I am letting it go and giving it fully to Him once and for all!”

Of course, men struggle with this too, and though the “Wounded Warrior” guide is meant for men dealing with post-abortion trauma, participants in that have also praised it for helping them with many other hurts. As one participant said:

“No matter what you experienced, this course enables and equips with the right tools to deal with things of your past and helps to set you on the right track. The fact that the course is built around verses from the bible, a clear understanding of the basic walk with God arises. A journey to heal from damaged emotions, guided by bible verses and the Holy Spirit…it makes you feel safe, to share open and honest…I would recommend it for any Christian who wants to grow in faith and build a healthy relationship with God, which will reflect on relationships you have.”

Other resources from this same publisher (Healing Hearts Ministries), include their guide for teens titled “First Love,” and a guide for overcoming many of life’s hurts through a relationship with Christ titled, “The Hem of His Garment”. If you would like to read what others say, or learn more about these opportunities, visit their website.

Category: Binding Up the Broken Hearted