Sue is the Founding Director of Healing Hearts Ministries and currently serves as Executive Director. Healing Hearts Ministries was birthed from Sue’s personal experience with an abortion at the age of 18 and all of the emotional and physical complications that followed. In 1982, she experienced healing from her abortion through Jesus Christ and felt led to comfort other women who have experienced the same trauma. Using the Bible as a foundation, she has counseled women since 1984 and is the author of three Bible studies that have ministered to women, men, and youth across the United States and around the world. Her story has been shared with thousands over radio, television, at women’s conferences, and in churches across the United States. Her radio show was broadcast on KGNW in Seattle, Washington for six years.

Sue was married to Gary Liljenberg in 1984 and is the stepmother to his three sons, Tim, Tom, and Mark and a proud grandmother of three granddaughters, Emma, Malia and Mikayla. Sue is a former Boeing employee and her husband recently retired from Boeing with 45 years of service. 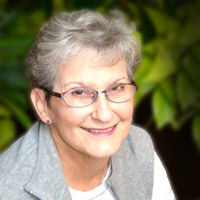 Judy has been with Healing Hearts Ministries since 1991 and has been the driving force in developing and overseeing its biblical training program. She has been involved in Christian ministries since 1982, currently serving as a board member. Judy maintains a passionate belief that God's Word is sufficient to meet all the needs of mankind. Judy has had oversight for women's ministry, small group ministry, intercessory prayer groups, counseling ministry, and pre-marital counseling.

Judy and her husband, Doug, have been married since 1978. 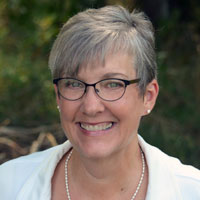 Director of the Pacific Northwest Region

Teresa Rinker has a passion for the gospel of Jesus Christ and bringing His healing, transforming, saving message to others. She has enjoyed serving with Healing Hearts since she herself experienced healing as a client going through one of the first Healing Hearts Bible study groups in 1985. Teresa’s life and marriage were transformed by the love of Jesus and the Word of God as it bound up her own broken heart and life. In addition to her work with Healing Hearts, Teresa loves teaching women in a weekly Bible study as well as through weekend retreats. Seeing women set free from sin and self, to love and be loved, is her passion and joy! Teresa also enjoys her work as an office manager at Woman to Woman, women's medical clinic, in Washington State. She and Scott have been married since 1977 and are the parents of three grown children and nine precious grandchildren whom they adore.

Director of the Pacific Northwest Region 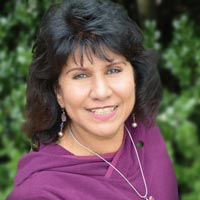 Director of the Pacific Southwest Region

Terri was led to Healing Hearts Ministries in 2012 after more than 20 years of secrecy regarding her abortions. Through one of the Healing Hearts studies she experienced healing from her abortions through the Word of God and a deeper understanding of her new identity in Jesus Christ. The healing and restoration Terri received led her to a new passion to minister to other women who are suffering from abortion, rape, sexual addiction, betrayal, and abandonment and to counsel these women utilizing the Healing Hearts studies or the online study. She trains and mentors new leaders to counsel women, and looks forward to opportunities to share her story and the message of Hope found in Jesus Christ. Terri is blessed with seven sisters and a brother, she is an aunt to many nieces and nephews, and currently resides in Port Hueneme, CA.

Director of the Pacific Southwest Region 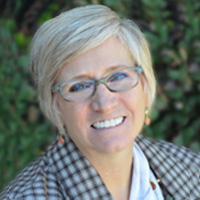 Cathy was introduced to Healing Hearts Ministries while in the midst of a marital crisis caused by sin. It was during this season that she was counseled to allow the Lord to unbury the sins of her past as well as the sins of others, so that she could be washed clean of her guilt and shame. With trepidation, Cathy proceeded through the Healing Hearts Bible Studies and discovered that the Lord's Word truly is filled with the inseparable combination of grace and truth. She found the Lord's forgiveness for ALL of her sins, even her grievous choice to have an abortion. In addition, she came to understand the freedom gifted to her and how to live in the fullness of Jesus Christ.

As a result of His redemption, restoration, and freedom, Cathy was able to extend to her husband the same grace, mercy and forgiveness she received from Christ Jesus. It was during this season of suffering and joy that the Lord created a passion in Cathy for women who have been hurt and broken by the effects of sin. She has been leading group studies, doing e-ministry, counseling one-on-one, and mentoring younger women since 2008. Her heart's desire is to comfort others in any trouble with the same comfort she has received from God.

Cathy's love for the Lord and His Word continues to flourish as she witnesses His redemption in the lives of many broken women and marriages. She continues to grow in the grace and knowledge of the Lord through Bible studies, ongoing Biblical counselor training, and the counselor certification process. Today, Cathy gives all the glory to God that her marriage is now built on the foundation of God's Word, and she and John will soon celebrate their 30th wedding anniversary. Cathy loves to spend time with her two adult daughters; she enjoys traveling wherever and whenever, and loves sharing food and fellowship with others. 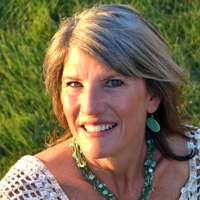 Director of the Midwest Region

Julie was introduced to Healing Hearts in 1999. With much fear and uncertainty she came face to face with "the truth that set her
free", and has never been the same. The transformational truth that Jesus' death on the cross is sufficient for all sin, even the
paralyzing sin of abortion, lit a fire to share this truth with other struggling women in bondage to their own sin. The still, small voice of the Holy Spirit whispered, "What the enemy used to hold you down for so long, Jesus will use to free you to share the truth that truly sets souls free". Julie has been a part of Healing Hearts leadership since 2001. She has been a Group leader, E-counselor, one-on-one mentor, Core Group Leader, and Regional Director. Her passion for discipleship has resulted in many opportunities to share her testimony with church groups, civic groups, pregnancy centers and juvenile hall outreach. She has been a staff member in her local churches and most recently, the Director of Discipleship in her church prior to relocating to New Mexico, where she now resides with her retired husband Dan. Julie has three grown children, two sons-in-law and two grandchildren. She enjoys sharing her passion for health and active living, gardening, hiking and taking walks with her husband and dogs.

Director of the Midwest Region 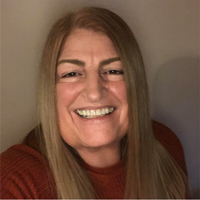 Director of the Northeast Region

Donna has an intense passion to help hurting women. Born and raised in Jersey City, a victim of abuse and a former addict, she knows what it’s like to hit rock-bottom and be completely broken, stripped of family, friends and all that was dear to her. By the grace of God, her life was completely transformed and she has been drug free since 1984 and a leader with Healing Hearts since 2006. Donna is actively involved in her church and her heart is burdened for women of all ages to recognize the healing and transforming power of the Word of God. Her life is a testimony that nothing is impossible with God! (Luke 1:37) Donna has led Bible studies and Healing Hearts groups, shared her personal testimony, volunteered at a local pregnancy center and has served in both youth and women’s ministries over the years. She is a student of Global University, currently pursuing ministerial certification, and is employed part time as the bookkeeper at her church. Her immediate goal is to let others know they do not have to stay in pain – no matter what they’ve done – and they can walk in freedom, not in shame! She is married to the love of her life, Michael and they have been together since they were in high school. They also have one amazing son.

Director of the Northeast Region 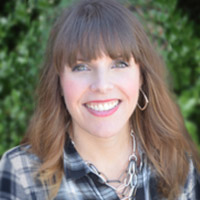 Director of the Appalachia Region

Director of the Appalachia Region 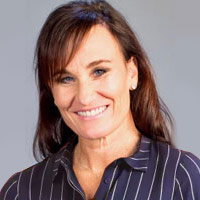 Director of the Southeast Region

Director of the Southeast Region 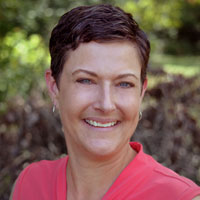 Director of the Canada Region

Leanna is also the Healing Hearts Ambassador to Australia.

Leanne first became involved with Healing Hearts Ministries as a client by taking the Binding Up the Broken-hearted Bible study online and received healing from the abortion that she had in her early 20's. While still in the study, Leanne became overwhelmed with the Lord’s grace and mercy toward her even though she had chosen to take the life of her child. What came from the ashes of this devastating choice was a call to minister along side others who experienced this pain and shame. Leanne asked her counsellor how she became trained as a leader and that was the beginning nearly a decade of learning, growing, and ministering. In 2012 Leanne became an Area Coordinator for Western Canada and her leadership role has culminated in being appointed to Director in 2019. In addition to being a Healing Hearts leader, Leanne has worked in various ministries within her local church since she was baptized in 1993. These include, children's ministry, youth ministry, young adult ministry, ladies ministry and most recently serves as a pastor’s wife within a church plant in Calgary.

Director of the Canada Region 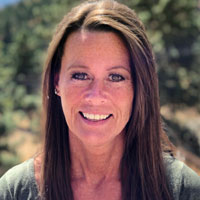 Lue has served as a trained leader with Healing Hearts since 2001. She began facilitating Healing Hearts Bible studies in women's small groups, but as the needs of our ministry grew and as technology advanced, Lue transitioned into leading women through our Bible studies via email and then online through Healing Hearts' website. Currently, she trains all new incoming leaders how to use Healing Hearts' website and is our go-to gal for any technical questions that clients or leaders may have. Lue is married to Chuck and they have two grown children. She also serves on the creative arts tech team in her home church. 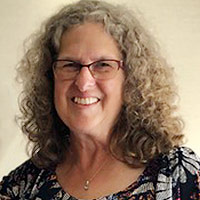 Laurie was a member of the Soul-Care Ministry in her local church and had been a solid believer for 25 years, but still carried sadness hidden deep in her heart from an abortion she chose in college. In 2010, she participated in a confidential small group Bible Study for healing from post-abortion trauma. The freedom found during the Binding Up the Broken-Hearted study lifted her soul, giving a new and true testimony of God’s goodness in her life through forgiveness. Since then, she is inspired to share the mercy, grace, and purpose of God for women who’ve experienced various forms trauma, and also encourages those in periods of questioning or stagnation in their faith journey to participate in the Healing Hearts studies.

Laurie also has a heart for Hispanic women, having been an exchange student in high school to Chile, and God blessed her by combining the two passions into one vision during a seminary internship in 2021. Retired from 25 years of homeschooling her 5 (now adult) children, her time is now dedicated to directing the development of the Spanish Ministry arm of Healing Hearts Ministries to match all that is available in English. She also trains and supports other West Michigan leaders and facilitates small groups and counseling in her local church.

Healing Hearts has divided the U.S. into 9 regions, each with their own director. You can view a PDF of the Regional Division Map by clicking the image on the left.

If you would like to contact any of the people on our leadership team, please use the Contact Form below to see if we have a trained leader available in your area to come to your church and facilitate a group if there is a need. You may also use our Speaker Request Form to request one of our speakers to present Healing Hearts Ministries to your church, women’s group, or organization.