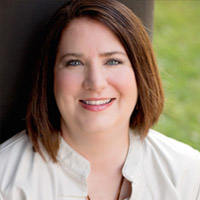 In the Introduction of “First Love: Embracing a Love that Lasts”, author Camille Cates described a life that revolved around her parents’ religious activities. Explaining that she never missed a service, that her parents were leaders of their church and that she had started a relationship with Jesus Christ by the age of 12, she also said she “didn’t really know what else to do as a Christian, other than read my Bible, pray, and go to church.”

She had not yet discovered what she would much later in life, that her upbringing, with ties so strong to Jesus, “were the magic ingredients for a perfect life”. Instead, she just knew what good Christians did or did not do. Striving to live that “‘perfect’ Christian life” she also realized that she was not living like a true follower of Christ when she was outside of church.

“I had a ton of head knowledge about the Bible but almost none of it moved into my heart, much less out into my life,” she wrote.

Eventually, the author became completely lost. Becoming pregnant at an early age, raising a daughter on her own, and suffering through horrific tragedy when her young daughter was sexually assaulted and murdered by her boyfriend. At the time this happened, she was also pregnant with the murderer’s baby. She decided to get an abortion.

Clearly, this level of despair is something few are prepared to deal with, and so the woman entered a downward spiral that involved drugs and alcohol, casual sex and even dabbling in witchcraft in an effort to erase everything. If she had only known that all of the teaching of her youth and that “ton of head knowledge” would be able to steer her towards healing!

Fortunately, when she did hit rock bottom, those memories of the Bible returned, and she realized that God was calling her closer to him. “I wouldn’t receive healing from my past, understand my present situation, or find hope for my future, until Jesus lovingly began to heal my heart through a powerful Bible study.”

Of course, there are many ways to study the Bible and apply scripture to your day to day life. However, for someone recovering from the hurts of life that included abortion and deep loss, special ministry would be needed. That was when the young woman found Healing Hearts Ministries. They offered her a chance to enter a Bible study designed for women recovering from abortion.

“The Scriptures searched and cleaned out every dark closet of my heart. I had a fresh desire to know the God who created me, and had a plan for my life. At the age of 12, Jesus became my Savior but it wasn’t until I was older that I began to know Him as my First Love!”

Commitment to this love is what allowed her to understand that her abortion was a sin, and that the only way to heal fully from it was to confess it, repent it, and accept the love of Jesus Christ in order to reclaim peace and healing.

In addition to Cates’ book, Healing Hearts offers many resources for those going through similar struggles. Each of their Bible Studies focuses on the Word of God as the only way to be healed and set free from the sin of abortion and the hurts of life. Developing a personal relationship with Jesus Christ is the focus of “Wounded Warrior,” a guide for men, and “Hem of His Garment,” a guide written for all audiences.

Are you eager to build a closer relationship with the Lord? Are you seeking healing through Christ? If so, pay a visit to Healing Hearts to learn more about their Bible studies and their conferences.